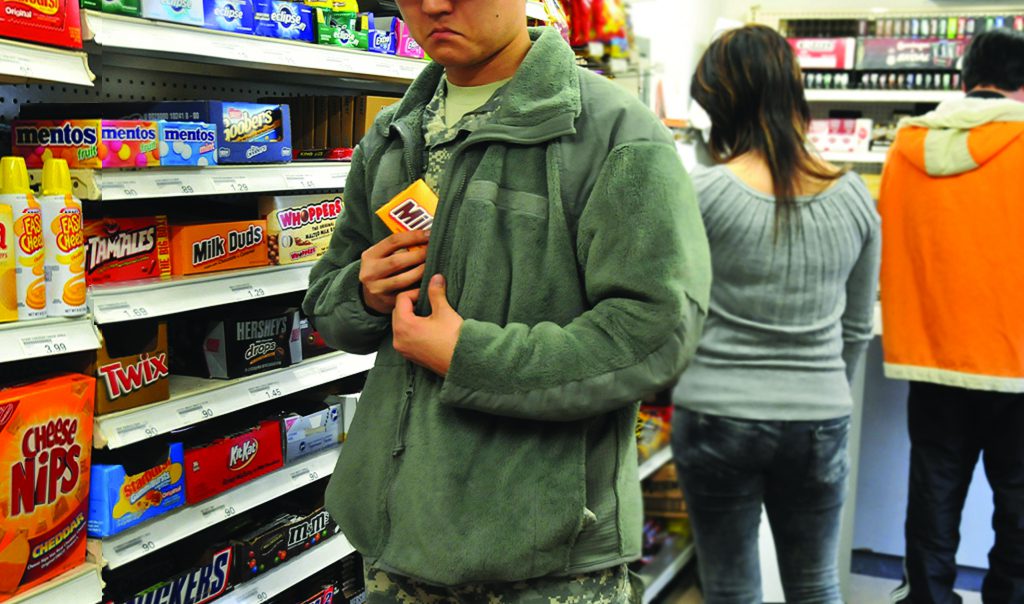 What I expected to be another mundane, ordinary trip to the local shops last night, proved to be otherwise. For the most of it, it appeared like your average Thursday night. Shoppers of all ages – children with their parents, the elderly, and people on their way home from work – swarmed into Woolworths to tick of the arduous task of grocery shopping for the week. I myself was purchasing fish from the local monger, adjacent to Woolworths. My internal struggle in picking between the Basa or the Snapper was unexpectedly interrupted by an altercation happening outside the self-service checkout in the store next door. I had never seen anything like it.

Three men, adorned in plain attire, were confronting a middle-aged woman about her purchases. It was loud enough to stop shoppers from all around in their tracks. What we all came to realise, in fact, was that the woman had been found shoplifting. Whether she was a professional who had engaged in this conduct previously at this Woolworths, or a first time offender, was unknown. What we knew, however, was that her movements were being monitored by these men within the store for a while. Wanting to believe the best as to her intentions, I questioned whether it may have been a mistake at first. Her facial expressions, however, told another story.

Shoplifting, regardless of the value of the goods, is considered a form of stealing and therefore punishable. It falls under larceny; Section 117 of the Crimes Act with a maximum penalty of 5 years imprisonment (or 2 years, if dealt with in the Local Court). Accordingly, the Act grants police the power to arrest an individual who is in the process of, or who has just shoplifted. What I had just witnessed was an example of the New South Wales Police’s new covert operations that are aiming to crack down on supermarket security at self-service checkouts.

These new measures come in the face of 11,000 cases relating to shoplifting in NSW from last year alone. Similar operations are being conducted regularly in self-service checkouts across New South Wales, to remind shoppers that stealing – no matter how insignificant or cheap the product – is a crime that police. Likewise, police are reinforcing that scanning items for something of a lesser value also constitutes shoplifting.

No matter the motive, stealing is stealing. At the end of the day, you’ve just got to ask yourself whether stealing is worth being convicted of larceny and potential involvement in court proceedings. The answer is always no.

If you come across any issues regarding theft, please contact Freedman & Gopalan Solicitors on 02 8917 8700 or fill out the enquiry box and we will get back to you ASAP.